“It’s been a great weekend, one where we had a perfect bike and a strong pace. The idea was to save the tyres for the final leg of the race and then attack. I stayed within the group at the beginning and there were some aggressive riders, including Fabio who touched me. I miraculously managed to stay upright and when I saw that Arenas and Rodrigo were getting closer, I decided to push. It’s a great win, but we cannot relax because Bezzecchi is really strong, but we are heading into the break as leaders and that’s the most important thing” 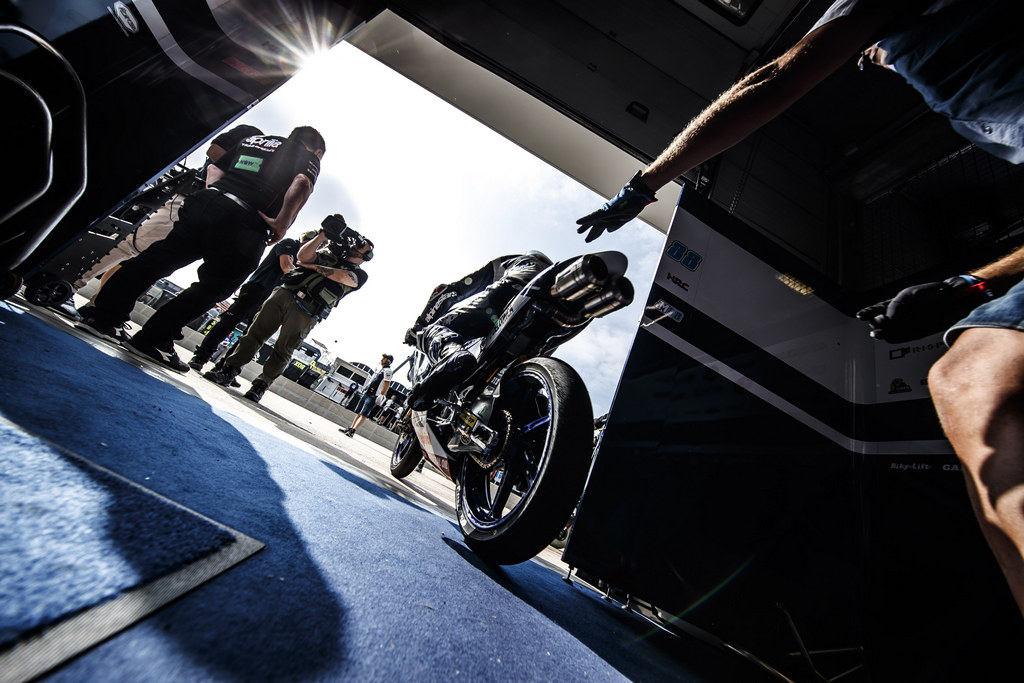 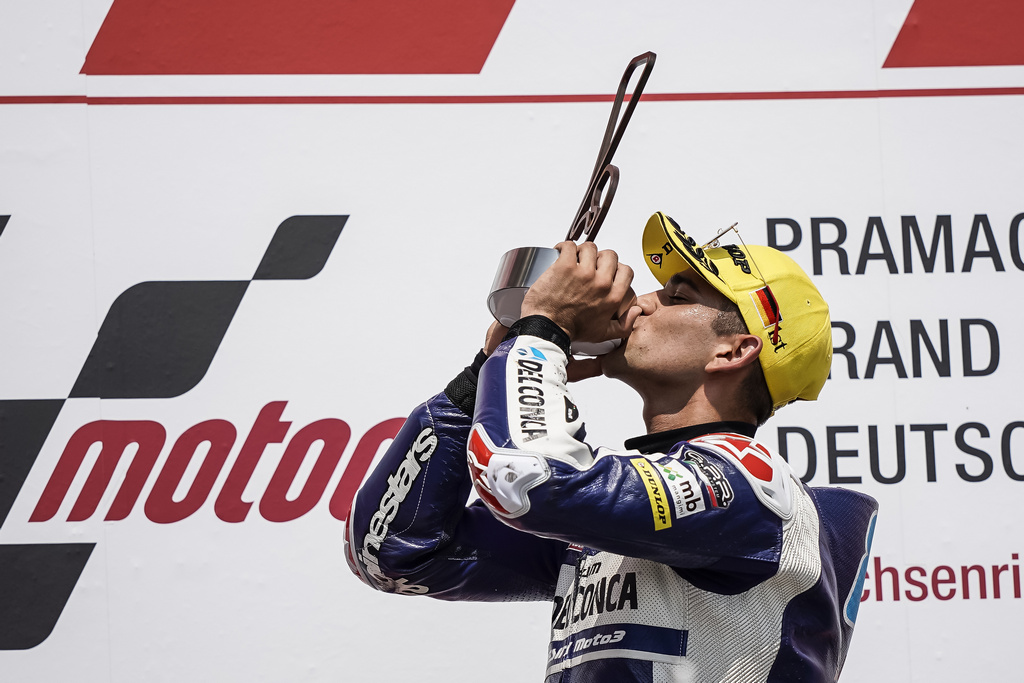 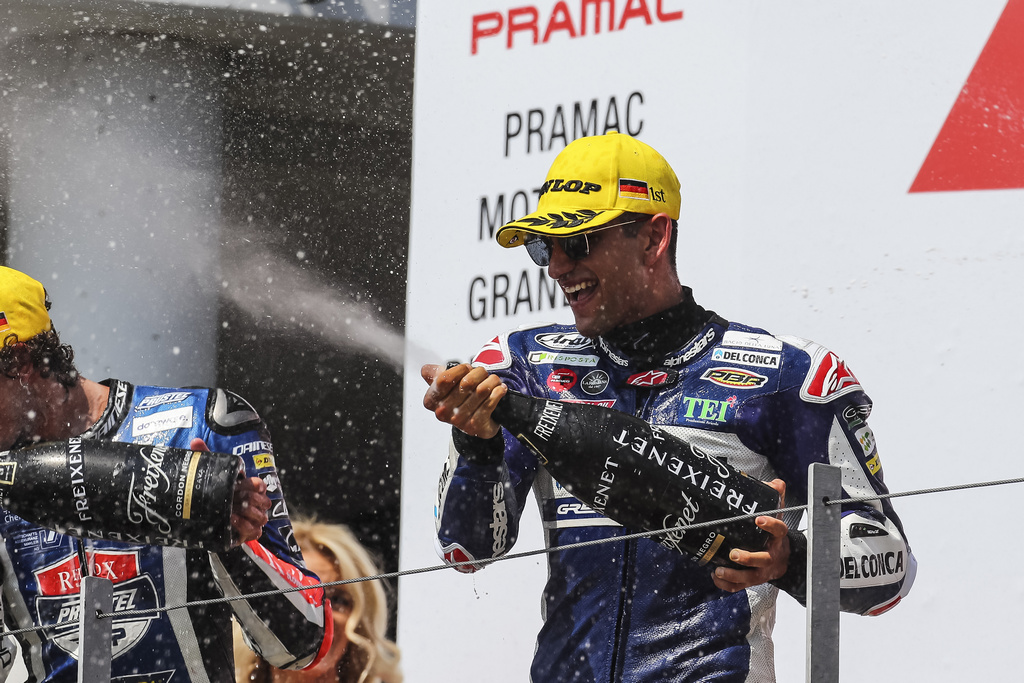 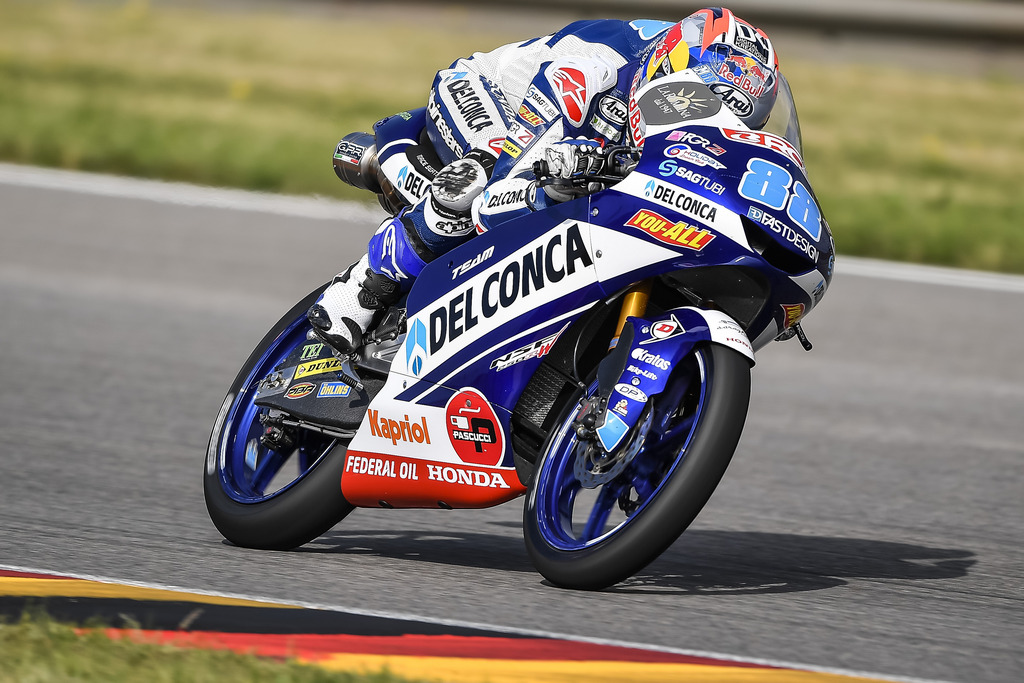 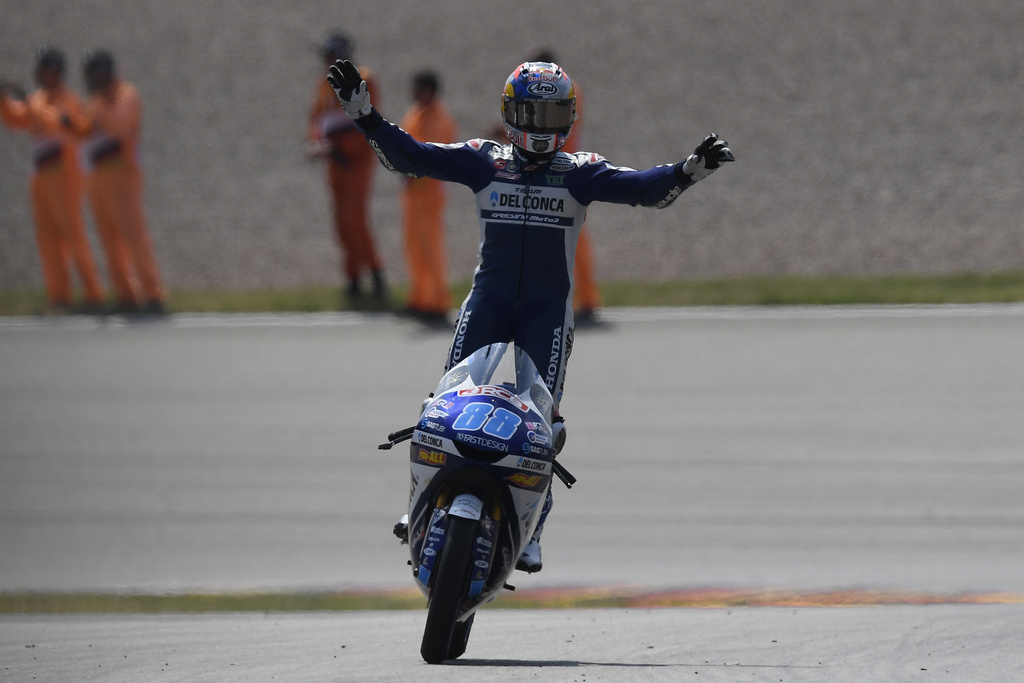 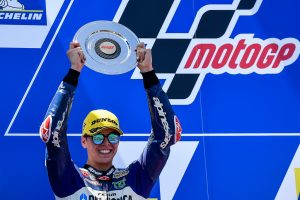 Cookies Policy | Privacy Policy | G.P.R. Italia SRL
We would like to inform you that we use our own and third-party cookies in order to improve the performance of the website as well as for analytical and advertising purposes. If you would like more information or you would like to manage them, please go to
Cookie Settings
.
ACCEPT COOKIES
DECLINE COOKIES
YOUR PRIVACY MATTERS TO US
You can set your consent preferences and decide how you want your data to be used according to the purposes detailed below.
UNSELECT ALL ACCEPT ALL
These cookies are necessary for the basic operation of the website and, therefore, are always active. They include cookies that remember the actions you make when browsing the website in a single session or, if requested, from session to session. They help in online shopping processes, in addition to providing assistance in security matters and in compliance with regulations.

Analytical cookies allow us to improve the web browsing experience and to provide the administrator with statistical information such as the number of visitors or how users use our platform.

They allow the effective management of advertising space on our website, tailoring advertising content to the content of the requested service or to your use of our website, which are carefully handled either by us or by third-parties. It allows us to find out your browsing habits on the Internet and show advertising related to your browsing profile.